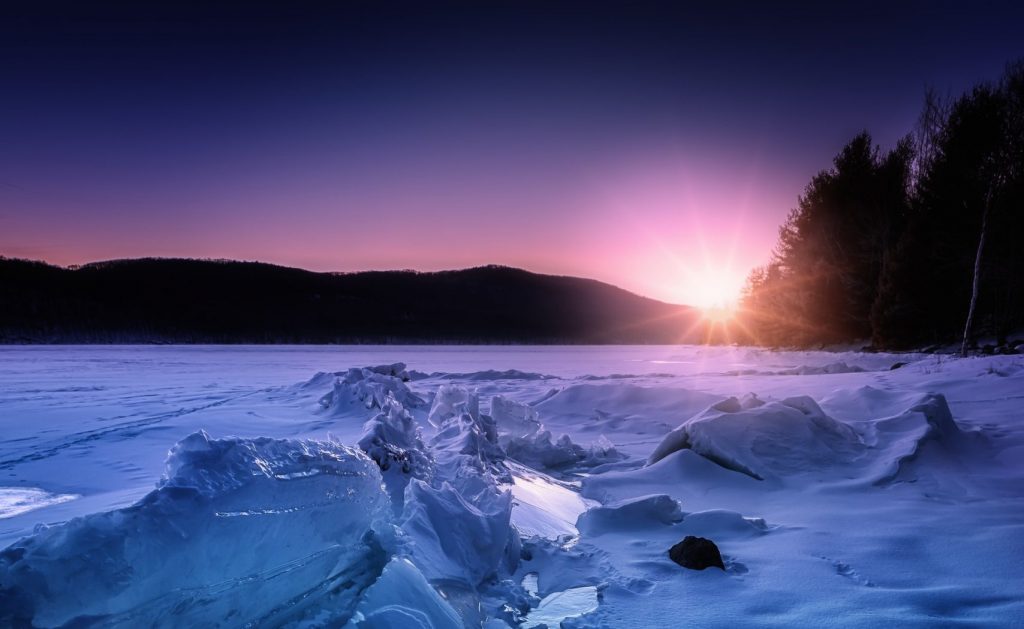 Winter solstice marks the transition from Autumn into Winter. In any tradition, the Winter solstice is an ideal opportunity to contemplate the change of season, as each day hereafter will become longer. It marks both literally and figuratively “the coming of the light” and the contemplation of the darkness we go through to get there.

The Chinese term for Winter Solstice (dong zhi 冬至) literally means the “extreme of Winter” (the most Yin season), and symbolically it is represented by Hexagram 24 from the I Ching, which is comprised of one Yang line at the bottom of 5 Yin lines. Hexagram 24’s name is Fù (復) – Returning. One of the basic laws of Yin-Yang theory is that of mutual transformation. When something reaches an extreme, then it naturally reverts to the opposite. Now is the tipping point when Yin has reached its extreme thereby giving birth to Yang. The Yang and the light are therefore returning.

To stay healthy at this time of year there are some things to avoid. Since at this time of year we have just reached the apex of Yin (i.e., the cold and dark) we need to guard ourselves against a lack of Yang (i.e. warmth and light). For people with Qi deficiency it is especially important to avoid excess exposure to cold. This is a time when it would be useful to apply moxibustion on specific points. Another traditional recommendation for this time of year is to be out in the sun, especially on our backs. Why the back? In Chinese medicine the back is seen as Yang while the anterior of the body Yin. Hence, warming the back is a way to warm and strengthen the Yang of the entire body.

Since Winter is the time of storage, a traditional recommendation for the season is to guard our sexual vitality. Jing essence is the stored and most precious form of Yang Qi, and is stirred during sex. Hence Chinese medicine suggests guarding against excessive sexual activity in Winter. However, we should be careful to not read this only literally. More broadly, sexual activity is a metaphor for expending our essence on all levels. This is why in many cultures around the world this time of the year is the time of reflection and planning for the next year to come. It is a time to step back and move inwards rather than to expend our vitality outwards.

In terms of diet, at this time of yeat it is helpful to eat more foods that help supplement the Kidney and Spleen, such as rice congees, lamb, beef or winter squash. It is also useful to incorporate a small amount of mildly acrid foods such as fresh ginger, spring onions and black pepper (to help keep things moving and for their warming property). Avoid cold foods in general, or foods that are difficult to digest such as greasy, raw, or very spicy foods. This is especially true for those people who tend towards Spleen and qi deficiency.

A seasonal tune up session can be a great way to easily transition into the new season and keep your system strong through winter. Contact us to book an appointment in Marbella.

Icing an injury or sore muscles could do more harm than good
July 11, 2021

Prepare for childbirth with acupuncture
June 3, 2021
We use cookies on our website to give you the most relevant experience by remembering your preferences and repeat visits. By clicking “Accept”, you consent to the use of ALL the cookies.
Cookie settingsACCEPT
Manage consent