Acupuncture and moxibustion: two peas in a pod 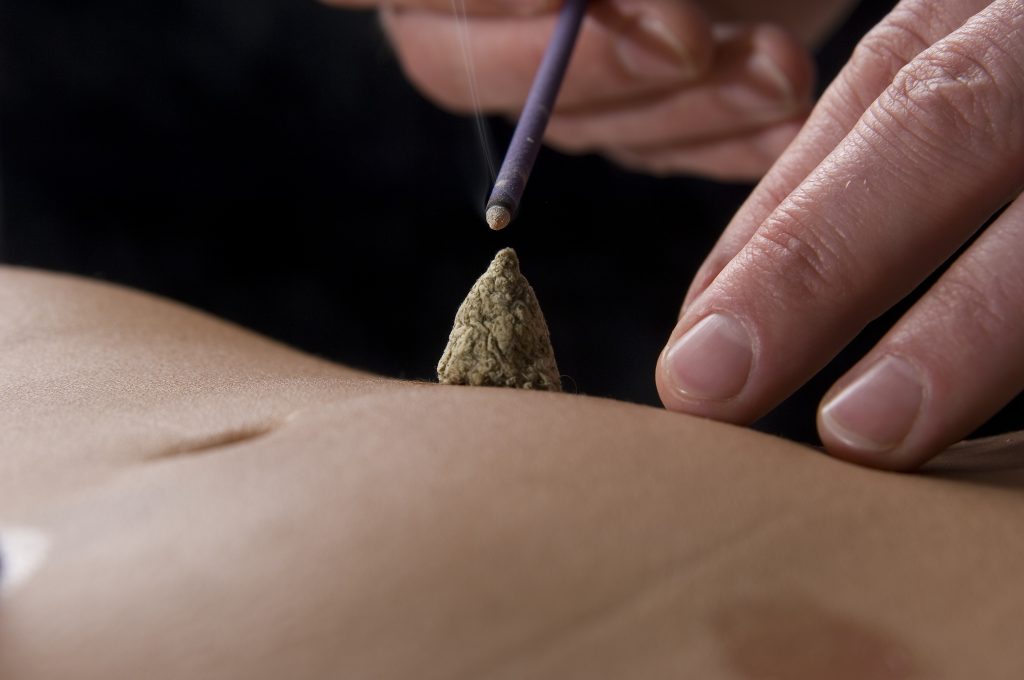 Although acupuncture is quite widely known in the West, people aren´t always aware of moxibustion. Acupuncture and moxibustion have been developed to be used in conjunction and are widely practised in China and also found in regions of south-east Asia, Europe and the Americas. The theories of acupuncture and moxibustion hold that the human body acts as a small universe (microcosm) connected by channels, and that by physically stimulating these channels the practitioner can promote the human body’s self-regulating functions and bring health to the patient. This stimulation involves the burning of moxa (mugwort) or the insertion of needles into points on these channels, with the aim to restore the body’s balance and prevent and treat disease. In acupuncture, needles are selected according to the individual condition and used to puncture and stimulate the chosen points. Moxibustion is usually divided into direct and indirect moxibustion, in which either moxa cones are placed directly on points or moxa sticks are held and kept at some distance from the body surface to warm the chosen area. Moxa cones and sticks are made of dried mugwort leaves. Acupuncture and moxibustion are taught through verbal instruction and demonstration, transmitted through master-disciple relations or through members of a clan. Currently, acupuncture and moxibustion are also transmitted through formal academic education.