Polycystic ovarian syndrome (PCOS) is the most common female endocrine disorder. Up to one-third of women in the UK have polycystic ovaries (i.e. 10 or more follicles per ovary detected on ultrasound), and around a third of these are thought to have the syndrome (PCOS).
Apart from the ovarian cysts detected by ultrasound, PCOS is characterised by clinical signs of oligo-amenorrhoea (infrequent or very light menstruation), infertility (failure to conceive), acne, male patterned baldness and hirsutism (excessive hair growth).  The syndrome also increases the risk for metabolic disturbances such as hyperinsulinaemia and insulin resistance, which can lead to type 2 diabetes or hypertension later in life.
PCOS account for:- 75% of women with infertility due to the body’s failure to ovulate- 30% to 50% of secondary amenorrhea- 85 to 90% of oligoamenorrhea (infrequent menstruation)
PCOS often comes to light during puberty due to period problems and infrequent, irregular or absent periods are all common variations of the condition.
Despite extensive research, little is known about the aetiology of PCOS, but it is associated with peripheral and central factors that influence sympathetic nerve activity. Thus, the sympathetic nervous system may be an important factor in the development of PCOS and most women with PCOS require prolonged treatment.
The current conventional medical treatments for women with PCOS are prescription medications, surgery, and lifestyle changes aimed at controlling symptoms.
From a Chinese medicine perspective, the imbalance that leads to PCOS can be rectified through several means, from acupuncture to dietary therapy or the use of Chinese herbal therapy.

Acupuncture is a tried and tested system of traditional medicine, which has been used in China and other eastern cultures for thousands of years to restore, promote and maintain good health. Its benefits are now widely acknowledged all over the world and in the past decade traditional acupuncture has begun to feature more prominently in mainstream healthcare in the UK.

In conjunction with needling, the practitioner may use techniques such as moxibustion, cupping, massage or electro-acupuncture. They may also suggest dietary or lifestyle changes. Because of acupuncture takes a holistic approach to health the exact pattern and degree of imbalance identified is unique to each individual and the choice of acupuncture points will be specific to each patient’s needs.

An increasing weight of evidence from Western scientific research is demonstrating the effectiveness of acupuncture for treating a wide variety of conditions. From a biomedical viewpoint, acupuncture is believed to stimulate the nervous system, influencing the production of the body’s communication substances – hormones and neurotransmitters. The resulting biochemical changes activate the body’s self-regulating homeostatic systems, stimulating its natural healing abilities and promoting physical and emotional well-being.

How acupuncture may affect PCOS

In terms of Chinese medicine, diagnosis will be based upon what pattern you are presenting with, which may be Damp, Blood deficiency, Qi stagnation among others and treatment will be performed accordingly.

Based on research so far it is believed that acupuncture stimulates the nervous system and causes the release of neurochemical messenger molecules. The resulting biochemical changes influence the body’s homeostatic mechanisms, thus promoting physical and emotional well-being.

Research has shown that acupuncture treatment may specifically help with symptoms of PCOS by:
• impacting on beta-endorphin production, which may affect gonadotropin-releasing hormone (GnRH) secretion (Lim 2010; Stener-Victorin 2009; Feng 2009; Manneras 2009);
• a regulatory effect on follicle stimulation hormone (FSH), luteinising hormone ( LH) and androgens (Lim 2010; Feng 2009);
• modulating the activity of the sympathetic nervous system and improving blood flow to the ovaries (Stener-Victorin 2006, 2009);
• regulating steroid hormone/peptide receptors (Feng 2012);
• downregulating the expressions of serum levels of testosterone and oestradiol (Zang 2009);
• controlling hyperglycaemia by increasing insulin sensitivity and decreasing blood glucose and insulin levels (Lim 2010);
• acting on areas of the brain known to reduce sensitivity to pain and stress, as well as promoting relaxation and deactivating the ‘analytical’ brain, which is responsible for anxiety and worry (Hui 2010; Hui 2009);
• increasing the release of adenosine, which has antinociceptive properties (Goldman 2010), and;
• reducing inflammation, by promoting release of vascular and immunomodulatory factors (Kavoussi 2007).

PCOS can be very difficult to treat and it is imperative to make dietary adjustments to help things improve quicker.

The priority should be to avoid all foods with high Glycaemic Index (high GI) as the higher the GI, the more insulin is released in the blood.  The worst culprits are sweets, cakes, honey, white flour and all its derivatives (white bread, white pasta), white rice, all packaged and junk food, breakfast cereals high in sugar.
Most fruit and vegetables are fine except:
– cooked carrot, parsnip, peas, potatoes and sweetcorn (raw carrot are ok)
– tropical fruit such as mango, papaya, pineapple, banana and dried fruit (all high in sugar)

Foods with a low Gi can be eaten to your heart’s content.  They also tend to be rich in fibre (which slows down the release of sugar in the bloodstream) and magnesium (a magnesium deficiency may be linked to PCOS).

This spice promotes insulin sensitivity and helps regulate blood sugar so it can be used sprinkled on fruit, on healthy dessert, on oatmeal, etc.

To help you beat sugar cravings
Agave nectar has low GI and can be used as a sweetener in teas, fruit puddings of fruit smoothies. 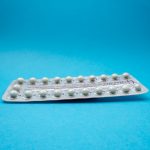 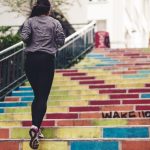 Not feeling a spring in your step this Spring? That may be down to your Liver… 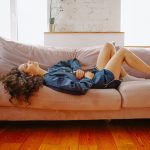 uterus health and fertility
We use cookies on our website to give you the most relevant experience by remembering your preferences and repeat visits. By clicking “Accept”, you consent to the use of ALL the cookies.
Cookie settingsACCEPT
Manage consent